Looking for your next DIY project? Perhaps you need some inspiration on how to add make your house a home? Our growing library of how-to's, DIY tutorials, and home improvement articles are here to guide you through your DIY adventures.

How to Start Homesteading

How To Start Homesteading

When most of the world was forced to shut down and self-isolate in March due to the COVID-19 outbreak, people all over the world began to question even the most basic habits and rituals. Suddenly, even going to the store or getting groceries was fraught with big decisions and potentially dangerous consequences.

Then there was the hoarding. For several weeks, many households found it very hard to locate and purchase very basic supplies such as toilet paper, bleach, rubbing alcohol, flour, baking yeast and even canned soups. Perhaps for the first time in decades, shelves at local grocery stores were bare — empty from panic-buyers worried about a worldwide food shortage.

No wonder then, people began to search out ways to become more self-sufficient. Many homeowners began to bake their own bread, produce their own kombucha and attempt to grow their own vegetables. It was a resurgence in subsistence living — a renewed interest in the homesteading lifestyle.

In the broadest terms, homesteading defines a lifestyle that is committed to self-sufficiency; however, homesteading is a spectrum of activities rather than a specified way of life. In its basic form, it’s a way of life that embraces growing and preserving food. Some go beyond this and also commit to making their own electricity, keeping livestock and even making their own clothes. For the most extreme homesteaders, there is a desire to stop using money and instead, rely on bartering for everything else they may not be able to produce or grow.

While traditional homesteading meant buying your own plot of land and using that to become self-sufficient, a more recent subset meant that even urban dwellers and suburban households could begin to adopt homesteader self-sufficiency by growing many of their own vegetables and fruit.

In short, homesteading is the goal of becoming more self-sufficient by setting up and running a small, diversified farm that feeds the people who live on it.

How to start homesteading

Whether you live in the city or the country, it can be a bit intimidating to determine where to start your homesteading efforts, especially if you have never grown your own food or set up your own off-the-grid energy resource.

To help, here’s how to start.

Take time to read and learn about homesteading skills. There are plenty of books, magazines and web resources to help you learn the basics as well as dive into the intricacies of the homesteading lifestyle. A few great options for those who want to start smaller projects. The Weekend Homesteader breaks down projects into tasks that can be completed in a weekend and can fit urban, suburban and rural homeowners. There is also the Backyard Homestead, which provides anyone with a backyard practical advice on how to grow their own food.

Find support for your homesteading life

Facebook groups and online forums exist for a reason: to unite certain groups of people that share a common interest, and that includes those passionate about a more self-sufficient lifestyle.

By joining a community of homesteaders, you can ask questions, get advice and, perhaps even borrow tools that you may require.

Also, consider signing up for online newsletters and following bloggers who live and write about the homesteader life. The more you read and the larger your community, the easier it will be to ask questions and find answers to even the most perplexing inquiries (because chances are, someone else has already faced this situation).

After all this research, you’re probably eager to start your own homestead. First, you’ll need to define your priorities.

Remember, homesteading is a way of life, not a predefined condition. There are many facets to homesteading and many ways to get to the goal of self-sufficiency. Whether you’ve decided you want to grow and preserve your own food, raise animals or produce your own energy, you’ll want to define and prioritize what is important to you and your family, particularly since you won’t be able to do it all at once. 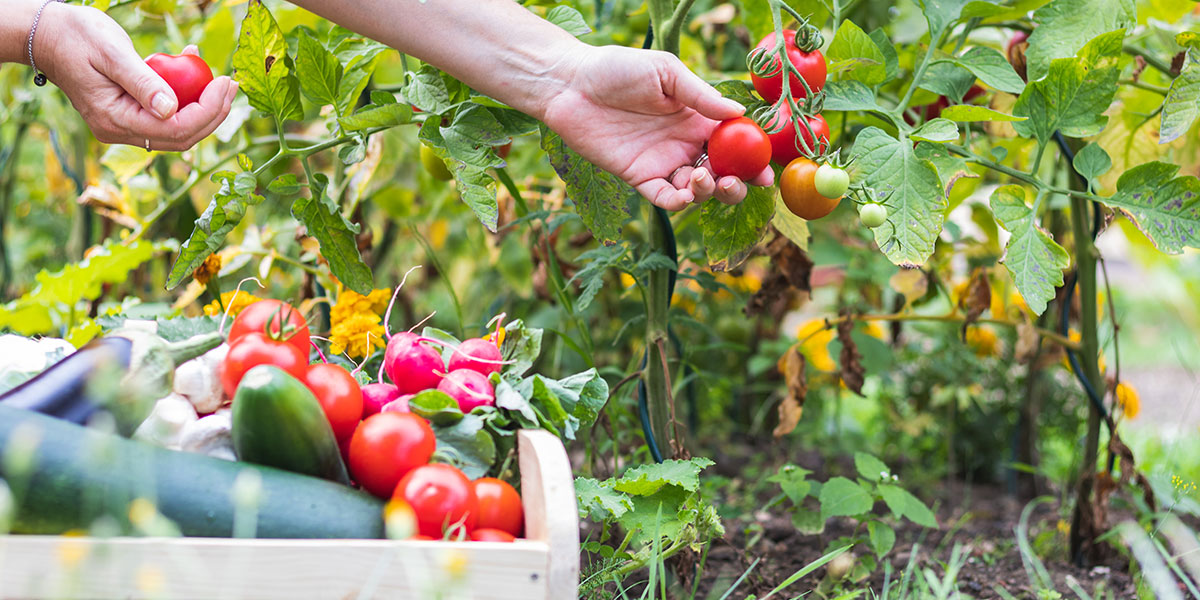 Pick one or two projects

Any new project can be intimidating at first. The tasks can seem insurmountable until you break them down into smaller, more manageable tasks. The same applies to the self-sufficiency lifestyle. Rather than start everything all at once, pick one or two projects and start with those.

For urban and suburban dwellers, a great place to start is to either grow your own garden or learn to keep chickens.

First, find out the bylaws about edible gardens and keeping livestock. For example, confirm that you are allowed to keep chickens on your property and check the bylaws for the size and structural rules around a chicken coop. For a garden, consider where on your property it will get the most amount of sunlight. Then plan out how you will use your land.

If you’ve decided to raise chickens, consider where the chicken coop will be placed. Is there enough room for your chickens to run and roam? Then, plan out how you will build your chicken coop. Since the most basic chicken run requires a covered housing structure and a fenced area for your chickens to roam, it’s quite easy for handy homeowners to build their own chicken coop. Just take a few measurements and then talk to the experts at your local hardware store. Or, you can source out a local producer who can build a chicken coop to meet your specific requirements — the most basic chicken coop costs only a few hundred dollars. Once your coop is built, you’ll need to source out where you can purchase baby chicks (or even full-grown chickens). Talk to your supplier and ask what type of feed you will need and ask about any other supplies you may require to keep your chickens healthy and happy (this is important, as only happy chickens lay eggs).

If you’re starting with an edible garden, consider how you will plant and grow your vegetables. Will you use raised beds — containers built off the ground that allow you to contain and protect your plants from wildlife predators — or plant directly in the soil or use containers. Typically, the decision is made based on the amount of space you have, with those with plenty of space planting directly in the soil and those with less space using containers.

While you may end up following your plan quite closely, you will probably find that dilemmas arise, failures occur, and even situations that you just didn’t account for, and that’s okay. The first year of your homesteading efforts are all about learning.

Homesteading in an ongoing process. Keep a journal. Whether you put pen to paper or decide to blog it out, write down what you plan, how you execute and what transpired. The more you keep notes, the easier it is to retrace your steps to find out what worked and what didn’t, and how to do it better next time.

Remember to review your notes and adjust when and if necessary. The idea is to pursue a couple of goals in this first year and then add a few more the following year and so on.

To start homesteading, you do not need a large piece of land. You simply need the desire to work towards your own self-sufficiency using what you’ve got. Each year assess the goals you would like to achieve and then plan your projects according to these goals. Talk to your homesteading community to get ideas or tips on how to achieve those goals — and don’t forget to share your successes as well as your failures. Before you know it, you’ll be a few years into the homesteading lifestyle and helping out others who want to make the leap into a more sustainable way of life.